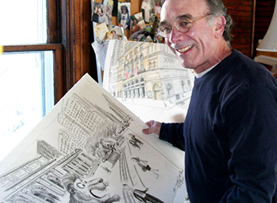 As a freelance cartoonist/illustrator, Keith Bendis’ unique brand of humorous illustration has been seen in most of America’s leading magazines and newspapers including; Time, Newsweek, The New Yorker, Sports Illustrated, Business Week, Fortune, The Wall St Journal, Smithsonian, Vanity Fair and many others. He illustrated William Safire’s “On Language” column in the New York Times Magazine for 8 years and his own feature, “New York Sketchbook” appeared in the Sunday Daily News.

He has illustrated 10 books including; “The Fan Man” by William Kotzwinkel,  “Casey at the Bat” for Workman Publishers, and “The Devil’s Dictionary”. Keith Bendis has also illustrated 2 chidlren’s books for Sterling Publishing, “Calvin Can’t Fly”  and it’s sequel, ”Calvin, Look Out!”. He lives on an old farm in Ancram, New York in Columbia County a short two hours from NYC.

Like most graphic recorders most of his work entails going to an event venue and live scribing the information.  But unlike most graphic recorders he uses his cartoon skills to do a lot of work for clients in his studio. In this way I he can do more detailed, finished work that is more specific to the client’s needs. After communicating by email and phone conversations the ideas discussed are sketched out.  Once the client OK’s these sketches a finished piece is done on a 30’’ x 40’’ foam core board, it’s photographed, and emailed to the client.  Some topics done in this way include;

The following are examples of work from the studio 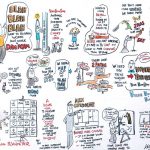 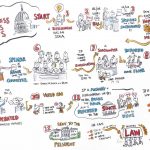 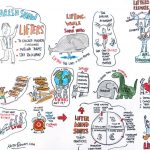 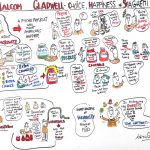 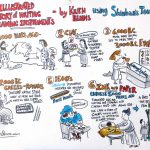 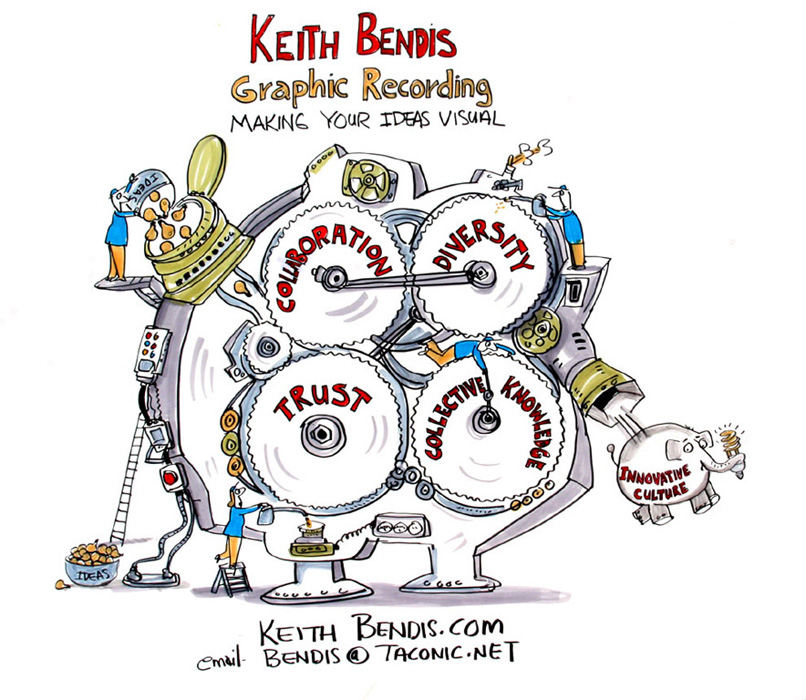 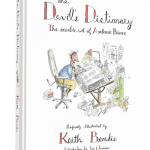 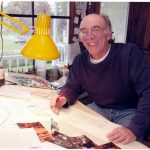